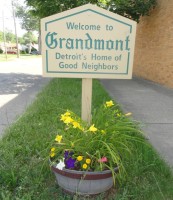 Welcome to Grandmont, one of “Detroit’s Premier, Diverse Communities." Grandmont is a close-knit community of 1100 residences, we pride ourselves as being “Detroit’s Home of Good Neighbors." The tranquil atmosphere of our family oriented community is deeply rooted in our serene, tree lined streets and the classic architecture of our houses. The neighborhood is home to Edison Elementary School and Ramsay Park.

This lovely community is served by the Grandmont Community Association (GCA). GCA publishes a monthly newsletter known as The Grandmonitor.

Grandmont’s annual events include a neighborhood-wide banquet, a home and garden tour, and the Grandmont Arts & Crafts Fair.

Neighborliness has flourished since Grandmont officially became part of Detroit in 1923. We are a neighborhood rich in heritage and community involvement.

Andrew Jackson originally deeded the 80 acres now known as Grandmont, the area bounded by Grand River, Southfield, Schoolcraft and part of Asbury Park, to Thomas Norton in 1835. A family named the 'David's' bought 40 acres of that from the Harrows in 1880 for $300.00. Then the Grand River Development Co. paid $16,000.00 to Victorine David on October 20, 1915 for those same 40 acres.

One of the original structures, built in the late 1890's, still remains at the corner of Rutland and Schoolcraft, The house on the corner of Rutland and Schoolcraft was the original farmhouse of the David's. Mrs, Boylan, one of the David's who lived in that house in the early 1900's, refused to sell the farmland on Rutland to the developers unless they planted maple trees on both sides of the street. That's why Rutland has maples! Also, many trees on Grandmont lots are much older than the subdivision because parts of the area were wooded when the area was built up. The trees were a big drawing card for prospective buyers.

By 1916, the Grandmont subdivision was platted, and houses began to go up on the 800 lots, gradually forming a unique collection of homes with a variety of architectural designs. The original homeowners association was formed in 1927, and since that time has provided an organized structure for the residents of Grandmont to work through in order to maintain and improve their surroundings. By the 1940's Grandmont possessed the equivalent in social status to Palmer Park today. 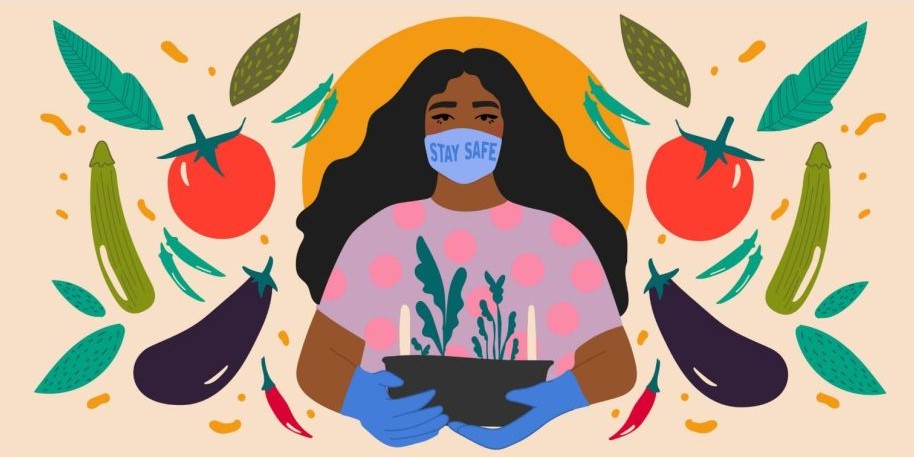 Who and What are We?

The Grandmont Rosedale Community Garden was established in 2009 by residents and nearby friends of the Grandmont and Rosedale neighborhoods in northwest Detroit. Start up costs for raised beds, fencing, tool etc. were provided by grant funds that were received by the Grandmont Rosedale Development Corporation. Additional grants and donations for infrastructure improvements were received as well. Over the years, a variety of volunteers (Detroit Project Day and others) have assisted with projects including replacing/adding raised beds and fencing.

Anyone who is interested and able to contribute to the work of maintaining the garden is invited to “join” us; There is no formal membership and no gardening experience is necessary.

This is a collaborative, community effort. Everyone shares in the work and everyone benefits from the harvest.

GCA's General Membership Meeting, held at Bushnell Church on September 17, 2019, was well attended. Of course, neighbors got to greet each other and meet new neighbors, but the meeting also featured guest speakers fielding questions from the floor on a variety of topics that are important to Grandmont. Hot topics included:  speed humps, the ImproveDetroit app, and Advanced Disposal.

To view the minutes of the previous GCA Board meeting, click here.

The Grandmonitor is back online!